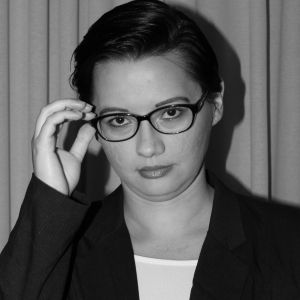 Tell us a little about yourself. Where were you raised? Where do you live now?
I am of mixed heritage, Asian-Australian, and due to my family’s travels in my childhood I don’t really have my Australian accent anymore when I speak, which I quite miss. My family are history and culture buffs, and I graduated from Macquarie University in Australia with a degree in Ancient History. So most of my writings are to do with ancient cultures, histories and folklore. Now I’m doing my own travels across Asia, hoping to accumulate a body of writing from every cultures in the region.

At what age did you realize your fascination with books? When did you start writing?
For as long as I can remember, really! I have one brother and both of us are quite bookish. My mother told me once that my father practically buried us in books when we were kids to keep us quiet when he had to work from home, which was a good idea, I think, since it made us used to focus from a very young age, and they were great books as I remember, anyway.

Who are your favorite authors to read? What is your favorite genre to read. Who Inspires you in your writings?
Robert Graves. I think he’s brilliant, and he was the writer who got me interested in studying history. My favorite works of his are “I, Claudius” and “Claudius the God.” For a lighter readings, I love anything from P.G Wodehouse, but if I am to recommend anything more specific from him I’d say the Jeeves and Wooster series. As for my inspiration, well, I love to read, and I believe that if you like reading, you have a writer in you. Because all those things you’ve read need to be let out somehow! But, as far as my topics goes, I happen to have a pretty extensive background in history, so I’m always very interested in the past. One day, I was writing a report for one of my subjects in university and my professor wrote in his comment, “try to look at an event with the eyes of the time.” and I realized that a lot of misunderstanding about history, a lot of what makes some historical novels really uninteresting and a big reason why a lot of people tend to ignore folktales, myths and legends, is that the writers would look at something like, say, the story of Emperor Nero or the fall of the Roman Empire from the eyes of a 21 century writer. So that comment always stuck with me, so empathizing and see things from the eyes of my characters became the basis of a lot of my writings.

Tell us a little about your latest book?
“Songs from a Mountain” is a little novel I wrote three years ago which I never finished until this year. It centers on a mythical mountain which, if you look closely at it, is covered in what seemed to be thousands of faces, and it stood there for hundreds of years. The novel is basically a collection of short stories and musings from the people who lived in the villages near that mountain from the the year 1700’s all the way up to the year 2000’s. It’s a short, and hopefully an easy read.