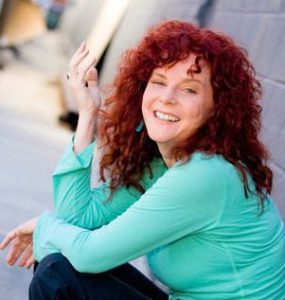 Tell us a little about yourself. Where were you raised? Where do you live now?
I’m from Long Island originally but spent my growing-up years in South Florida. I went to the University of Miami and then spent about ten years in Key West. Now I live in DC, right behind the zoo. I can hear lions and monkeys from my apartment–my cats Leeloo and Onion find this very confusing.

At what age did you realize your fascination with books? When did you start writing?
I don’t remember not being fascinated with books. And I’ve been writing almost as long as I’ve been reading. For many years, I worked in radio, so I wrote commercial copy, comedy, essays and interview shows. I’ve only written long-form fiction for a few years, it was quite liberating not having to stop at :60.

Who are your favorite authors to read? What is your favorite genre to read. Who Inspires you in your writings?
I read a lot of fantasy, science fiction, and historical fiction. I’m obsessed with the Middle Ages and the 14th century. I have too many favorite authors to list here, but love Anne Rice, Katherine Neville, Helene Wecker, Frank Herbert and Clive Barker. I ended up writing the kinds of books I love to read; long, immersive, and character driven. I had Dune in the back of my head while writing The Sand Prince, although my book is fantasy and not science fiction. I still think Herbert’s world building is some of the best ever written.

Tell us a little about your latest book?
My current project is a four part epic fantasy series called The Demon Door. I began working on it about three years ago.
Book One is called The Sand Prince. I got to create two very different societies–one human, one demon–and then find out what happens when they interact. I’m much more interested in politics and manners and etiquette than battles, and the more I write, the more I discover about Mistra, the human world, and Eriis, the demon realm. I’m also interested in language. Words that are considered ‘dirty’ tell you so much about what a group of people think is important. Many of the words in the demon language have more than one meaning–for instance, the word rushta means something abundant but of no value, it also means sand, and it also means shit. The title of the book is actually an insult aimed at my hero, the half-human demon prince Rhuun. He grows up not knowing he is of mixed heritage, he only knows he looks very different than the rest of his people, and he doesn’t have their natural abilities, which the humans call magic. He self-medicates his social anxiety with alcohol, and spends his time dreaming of visiting the human world, which is strictly forbidden. (Of course, he gets to go–that’s not a spoiler!)