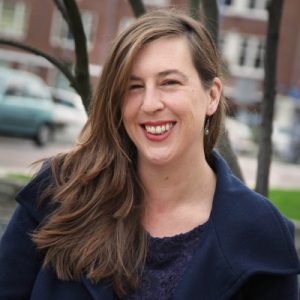 Tell us a little about yourself. Where were you raised? Where do you live now?
I was born in San Francisco, raised in Seattle and currently live in the Netherlands. I came to Amsterdam in 2004 to study art history and never left!

Growing up we always had pets around. I named the protagonist of my mystery series (the Adventures of Zelda Richardson) after my favorite cat, Zelda.

At what age did you realize your fascination with books? When did you start writing?
Growing up, my parents had an extensive library and read to my brother and I daily. As a child, my father and I used to write stories together, usually mysteries. I wrote my first novel when I was twelve, a predictable mystery a la Syndey Sheldon (my favorite author at the time). Out of high school, I studied journalism and worked as a newspaper editor and reporter for several years.

Who are your favorite authors to read? What is your favorite genre to read. Who Inspires you in your writings?
I love to read all sorts of fiction, though mysteries and historical fiction are my favorite genres. I also enjoy reading non-fiction travel stories written by adventurers, explorers and backpackers – especially if it is about a place I want to visit someday.

Choosing a favorite author is impossible; there are too many wonderful writers out there to pick from! I do tend to read more indie and small press books than those published by the ‘Big 5’. I find their stories are often fresher and the styles of writing more invigorating.

Books that I read as a young woman that still inspire me are Fear and Loathing in Las Vegas, On the Road, The Beach, The Color Purple, Westing Game and Island of the Blue Dolphins.
My love of travel fiction starts with The Beach. I picked it up at a second-hand bookstore in Kathmandu, Nepal a few days before flying to Bangkok. Alex Garland’s descriptions of Thailand combined with his fantastic story, made me realize I could use my experiences traveling as the basis for a novel. Several years later, Down and Out in Kathmandu: A Backpacker Mystery was born.

Tell us a little about your latest book?
I am thrilled to announce the release of The Lover’s Portrait audiobook! It is an amateur sleuth mystery set in present day and wartime Amsterdam. The book uses the context of an art exhibition to examine issues surrounding the restitution of looted art and the intrinsic worth of artwork, as well as core values such as integrity, perseverance and sacrifice.

After completing degrees in art history and museum studies at the University of Amsterdam, I worked for several museums before the economy crashed and the cultural sector imploded. If I hadn’t lost my job, My son was born soon after I stopped working and I had the luxury of staying home to raise him. Writing became a way to connect with ‘grownup’ life, and gave me an excuse to visit several museums I’d always wanted to check out. I wrote during his nap times and researched online archives at night. Soon after his fourth birthday, The Lover’s Portrait: An Art Mystery paperback was released!

Right now, editing my current work in progress is consuming my time. I am weeks away from finalizing my third novel in my mystery series, Rituals of the Dead: An Artifact Mystery, and am getting quite excited to share it with the world! Art, religion and anthropology collide in this exciting third installment of the Adventures of Zelda Richardson series. It is an art mystery about Asmat bis poles, missionaries and anthropologists. I hope readers will join Zelda on her journey to discover the truth about a missing anthropologist and rumors of a smuggling ring dealing in ancient artifacts.

The storyline was conceived during my time as a collection researcher for a fascinating exhibition of Asmat bis poles at the Tropenmuseum. While searching through photographs and film fragments of Asmat tribes, missionaries and anthropologists working in Papua New Guinea during the 1930s through 1960s, I discovered a well-known Dutch missionary was one of the last people to see Michael Rockefeller alive. During their meeting they’d made an appointment to meet again after Rockefeller returned from an acquisition trip upriver. The young American disappeared days later, resulting in one of the most famous unsolved mysteries of our time. That little detail about his un-kept appointment stuck with me and eventually inspired this novel.