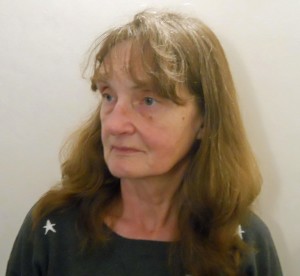 Tell us a little about yourself. Where were you raised? Where do you live now?
I grew up on the leafy green side of Wolverhampton, UK. My first home was with my grandparents in their gardener’s cottage – no electricity or inside loo, but with a lovely walled garden within the massive Woodhouse garden, where my grandfather worked. When I was almost four I moved with my parents to a council prefab, and later to a council house newly built on part of the Woodhouse estate. I took my adopted surname from these beginnings.
Since then I’ve lived in London, Kent, and now North Walsham, Norfolk.

At what age did you realize your fascination with books? When did you start writing?
As a child, I loved adventure stories and books about ballet. I was a ‘published’ writer at age eight, sending poems and stories to the children’s page of our local parish newspaper. The editor would generously reward me with a small payment for my efforts. I gradually realized that being published in the real world wasn’t quite so easy. But I continued to write, fitting this around my other interests and commitments – having children, day jobs, reading, and my passion for photography.

Who are your favorite authors to read? What is your favorite genre to read. Who Inspires you in your writings?
In my early twenties, I turned to those big, landmark books: Doris Lessing’s The Golden Notebook, D H Lawrence’s Women in Love, Pasternak’s Dr Zhivago. My reading became increasingly eclectic as I discovered Marguerite Duras, Milan Kundera, later Kazuo Ishiguro and Haruki Murakami. But over the past few years I’ve rediscovered the child in me that loves a mystery. I’ve read all the books by Nicci French. All Patrick McGrath’s. Stieg Larson’s trilogy, and Jo Nesbo’s series featuring Harry Hole. Recently, all three books by Gillian Flynn, and lots of psychological thrillers such as Samantha Hayes’ Until You’re Mine. I’m also a lover of ‘film noir’.

Tell us a little about your latest book?
My book Time Tells is a psychological mystery set in Norfolk. It is written in several voices, the main narrator being Melanie, a woman in her late thirties. There are two parallel suicides, and a number of surprises, and people are often not what they seem (or what they believe themselves to be).
Not long before I moved to Norfolk, ten years ago, I completed a course in psychotherapy and worked as a freelance counsellor, and I was slightly uncomfortable about the client-therapist relationship, and how it has potential to bring about dependence and vulnerability. And I’ve long been fascinated by the unexpected sides of people, and how we never really know ourselves and others. So my feelings about all of this emerged in the course of writing Time Tells.
I wrote my first draft in a few months (starting September 2012), but then I completely re-wrote it. In the first draft, Melanie was taking time out from being a successful crime writer. In the second version, she is a course administrator in an art and design university – a job I had done myself for many years, so was much more familiar with. I knew the skeleton of the plot before I started, but most of the twists and turns evolved along the way. I would wake in the early hours and think ‘Ah, yes, that’s what happens.’