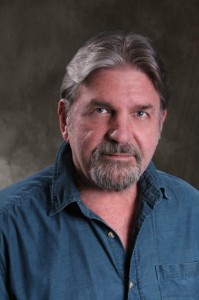 Tell us a little about yourself. Where were you raised? Where do you live now?
I’m a retired Federal Firefighter from the Puget Sound area of Washington State. I grew up in that area, on Orcas Island. In my senior class of eighteen students, only five of us were guys. Every male student in the high school had to turn out for sports in order to have enough for a team, so making the varsity roster was easy. We all did.
A few of us formed a rock band we called, The Generation Gap. Don’t laugh, it was the late sixties. Needles to say, we never made it big in the music industry.
I live in the Appalachian Mountains of western North Carolina now, and enjoy writing full time.

At what age did you realize your fascination with books? When did you start writing?
While I was a firefighter on Whidbey Island, I was fortunate to meet a famous horror writer, Hugh B. Cave, who lived on the island. He inspired my desire to start writing, but stated, “Just don’t quit your day job, because very few writers can make of living from their stories.” I took his advice and waited until I retired before getting serious about writing a novel. Now I’m working on my third.

Who are your favorite authors to read? What is your favorite genre to read. Who Inspires you in your writings?
I’ve always loved science fiction, both movies and stories. I was, and still am, an avid Star Trek fan. When I was young, I read all the Hardy Boys stories, and everything by Jules Vern. While a firefighter, I fell in love with action adventure stories, prompted by the stories from Clive Cussler. I decided if I combined Vern and Cussler, sci-fi and action adventure, I could write an interesting story, hence my first novel, Dead Energy, which is the first episode of the Alex Cave Adventures.

Tell us a little about your latest book?
There are no alien worlds or galactic battles in my stories. Just regular people thrown into unusual circumstances, desperately trying to save humanity. I did, however, give Alex Cave access to advanced technology to help him on his quests.
Alex is geophysics instructor at a university in Montana, but also ex-CIA, so he has plenty of help when he needs it. In Alex’s latest adventure, Cold Energy, a piece of advanced alien technology, left behind millions of years ago, is instantaneously freezing vast amounts of sea water, causing the Polar Ice sheet to expand at an incredible rate. If Alex cannot find a way to stop it, humanity will be plunged into a new ice age, and every living thing on the planet will die.