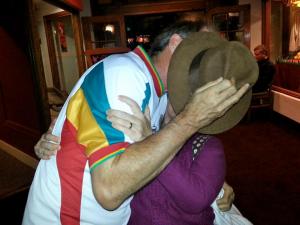 Tell us a little about yourself. Where were you raised? Where do you live now?
Raised in a lumber town, until moving to Bay Area in 1975 (Santa Cruz), where I still joyfully reside. Our cat Eggy died a few years ago, but we still have a parakeet named Bird.

At what age did you realize your fascination with books? When did you start writing?
The teen years were the catalyst for my interest in reading and writing. It was then that I began writing an alternative newspaper at high school, and short stories. Have been writing ever since. A lot of my beginning work was non-fiction, which morphed into a number of profiles, and later brought me into journalism. Many of my articles have appeared in magazines, newspapers and journals in North America, Europe, Asia, Africa and South America. It was about 25 years ago that I began writing books (both fiction and nonfiction).

Who are your favorite authors to read? What is your favorite genre to read. Who Inspires you in your writings?
Author’s that I always look forward to reading, or who wrote in the past, are Alice Walker, Toni Morrison, James Baldwin, Isabelle Allende, Chitra Divakaruna, Pat Conroy, Mark Twain and Ruth Ozeki (for starters).

Bell Hooks has, and still, inspires my writing, as has my work at hospice, in the hospital, in prisons and personal relationships.

This novel has been cultivated over many years. The story originally came from a nurse I worked with at hospice. We sat down for many days as she told me the story about her life growing up very poor in Austria, the man she met and married (and who abused her for years), and the man who showed her what real love can be.