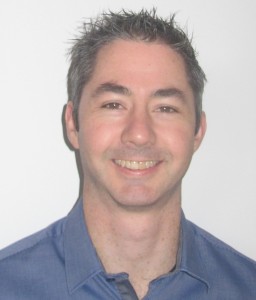 Tell us a little about yourself. Where were you raised? Where do you live now?
I was born and raised in Dun Laoghaire, Ireland. I studied environmental biology and later studied deer biology for my PhD, at University College Dublin. Instead of pursuing my life-long interest in wolves and predator-prey interactions, after completing my doctorate, I taught English in Madrid, Spain, for four years while my girlfriend finished her doctorate in molecular biology. We married and moved to Boston, USA, so my wife could pursue her career and I decided that teaching was a vocation I was happy to continue. After seven great years teaching Biology at Boston’s Cathedral High School and Zoology at Bridgewater State College, we returned to Spain three years ago so my wife could set up her new research group in her hometown of Pamplona shortly before our daughter was born.

At what age did you realize your fascination with books? When did you start writing?
I was 8 when a new library was opened in my neighbourhood. I was delighted (I remember having been to the larger library in the town centre and getting books out there, but this was a place I could go nearly every day) and I read all the children’s books in the place. Then went on to YA for a year or so (there was only one section of 5 shelves) and then to the adults stuff at around 13.
I started writing poetry first, at 14, and started writing stories a year or so later. I started my first novella at 17 and slowly turned it into a novel during my doctorate and wrote a second at the same time.

Who are your favorite authors to read? What is your favorite genre to read. Who Inspires you in your writings?
I have read all of Hemingway, but I hope one day his lost novels will be discovered somewhere. I am still enjoying working my way through Steinbeck. I love everything Richard Adams wrote and I wish I could find all of Vonnegut’s books here in Spain. But for sparking imagination, Whitely Strieber’s great. The former two just make me see my words as sloths to their snowleopards, and Vonnegut makes me see every original idea I think I had as something he thought about as a mere aside to a short story he wrote 40 years ago.
I will read anything. I am trying to read my way though the 18th and 19th century classics – all of Hardy and Dickens and Elliot, etc. I also love fantasy, but don’t indulge so much that I only have time for that – you can get lost in those long series! Something with a lot of nature or set in previous or tribal cultures are also very interesting, like JM Auel’s Earth’s Children series.

Tell us a little about your latest book?
Paul is the oldest of a new generation of a race of people who the rest of us would call werewolves, if we knew of their existence. They are hidden in plain sight, though, as they are identical in appearance to Caucasians. They differ physiologically, however, in having much stronger lunar rhythms, to the point where during the three days and nights of a full moon they are almost completely controlled by their hormonal instincts. They have been persecuted for centuries and the remnants of the race have escaped Eastern Europe but are so dwindled that Paul has been given leadership of a group of young men who must seek wives outside their own kind. The Pack, as they call themselves, has roamed the city for years, and Paul has done well in keeping them controlled and out of trouble. Paul has always known he must settle down and leave the pack to roam under someone else’s leadership. But when he meets Susan, someone he instantly recognises as a potential life mate, he discovers that actually handing over control is going to be hard to do. More difficult than that is the step of telling Susan the secret of his identity – something his family insist he do, so that Susan can decide for herself if she wants to marry what she’d have called a monster. Not only is it hard to voice something he has always hidden, but he is afraid that she will be abhorred by him once she finds out the truth.
For her part, Susan believes Paul is the perfect man – besides his juvenile tradition of going off drinking with his mates every month. She wants him to give all that up, but sees that Paul is a creature of habit, and that it will be hard to settle him down completely. However, she discovers she is pregnant and decides that Paul has to decide between continuing to act like an adolescent every month, and becoming a grown man and father who stays at home.

The main idea is that we have all heard about werewolves and the effect of the full moon, but we know scientifically that they can’t exist the way they are described. So where did these stories come from? Why did we begin to tell them? What are the facts that led to the myth? There is nearly always some truth behind any myth: I recently read that oarfish are probably the genesis of the mythical sea serpents that sailors said patrolled the edge of the world.
I began to wonder what the people who were considered werewolves were really like. I’d read about the wolf-like beings of Whitley Strieber’s Wolfen, and posited that if a species of intelligent wolves could exist, why not a race of men who were like wild beasts inside, whose hormone and pheromone production was affected by the moon? No reason. It seemed scientifically feasible to me. I came up with a separate race of humans, which still exist. Because people always fear what is different or they don’t understand, and attack what they fear, the survival of the race is in peril after centuries of persecution.

I started it when I was seventeen as a short novella describing the people and the main characters because I loved the idea, and wanted to create a new world. Over the years I extended it into a novel, because the more I thought about it, the more complex the story became. At the same time, I saw that werewolf stories were becoming popular again – though werewolves were often the second-class citizens of vampire stories! – yet none were like my werewolves. I just wanted to get this angle of the truth behind the myth out there.