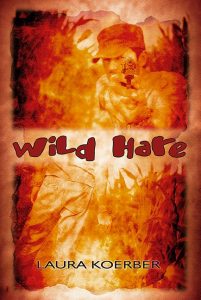 About Wild Hare by Laura Koerber

“When you fight a violent and mean enemy, it’s difficult not to become violent and mean yourself,” an old friend advised Bobby Fallon.
Bobby is a trickster–half human, half nature spirit of the wild hare clan. He is also the guardian of a remnant of old growth forest near a small town in northern Wisconsin. He lives a marginal existence as a card shark, shoplifter, and small time criminal while participating in the secret culture of the forest spirits. His small town life is thrown into danger when his effort to get his friend Arne out of jail leads to involvement in crimes out of his normal range of misbehavior.