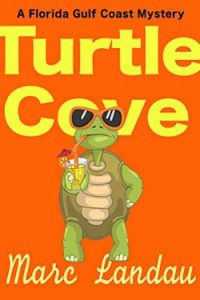 Nolan Parker just wants to relax, paint some turtles, and toss a ball with the dog. But like much of life, thing’s aren’t going as planned. The economy is supposedly, “The greatest in the history of the world,” but he’s just scraping by. What starts out as a side hustle to pay for wifi and dog treats, ends up with Nolan chasing a teenage runaway around the beaches of Florida trying not to get killed. Worse, his tropical paradise has been invaded by a crew of wacky Floridians…and maybe an alligator.

Will Nolan find the kid and get the girl? Or will the sunshine state suck him into its swamplands?

Author Bio:
Me and the dog appreciate everyone! Woof!