You are here: Home / Books To Read / To Catch A Spy And Traitor by Toby Oliver 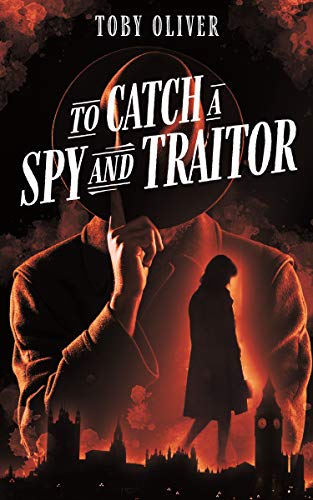 To Catch A Spy And Traitor by Toby Oliver

London, 1962: No one can be trusted as the showdown between Russia and America intensifies, and both sides mobilize to fight a nuclear war by land, sea, and air. Double agent Alexei Ivanov is the highest-ranking KGB officer in Britain. For months, he’s acted as a secret agent while working at the Soviet Embassy in London. Now, he’s under surveillance, and the Soviet net is closing in on him. But who betrayed his identity?
The head of MI5 appoints Ivanov’s protection from top field officer Joyce Leader, an attractive, tough-minded, and sharp-tongued woman who knows her worth as an operative. As Ivanov and Leader go on the run, it becomes apparent their enemy is close behind—and sometimes several steps ahead. Even worse, Ivanov’s life is not only in danger from an elite KGB hit squad but also from within the ranks of British Intelligence itself. For Ivanov and Leader, the truth may be as dangerous as the lies.

Author Bio:
Toby Oliver was born in London, and since 2007 moved to the countryside of West Sussex with his family in England. For many years he worked as an Administrator in Central London. His first novel Codename Nicolette is based upon the real-life secret work of MI5’s Double Cross System, who was responsible for controlling turned Nazi agents based in Britain during World War II. His other works include Mission Lisbon – The Double Cross, Dead Man Walking – A Spy Amongst Us, and The Downing Street Plot – An Agent’s Revenge. His latest book is Duty and Betrayal, a Cold War thriller set in the 1960s.
He decided to write books that he liked to read: and that was a mixture of crime and espionage stories, coupled with close family connections to the British Army, and his degree in politics, his books about WWI and the Cold War-era encompass all of the above. His latest novel To Catch A Spy And Traitor was published November 2020.