You are here: Home / Books To Read / The Road to Delano by John DeSimone 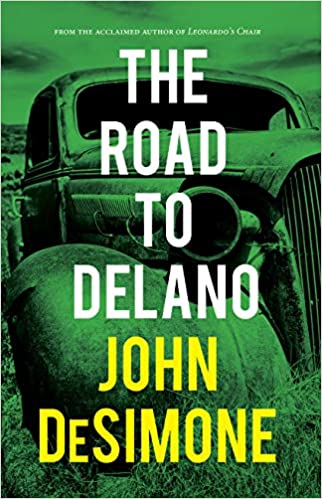 The Road to Delano by John DeSimone

It’s 1968, and a strike by field workers in the grape fields has ripped an otherwise quiet central California town down the middle. Jack Duncan is a Delano high school senior who is on his way to earning a baseball scholarship, hoping to escape the turmoil infesting his town. His mother has kept from him the real cause of his father’s death, who was a prominent grower. But when an old friend hands Jack evidence indicating his father was murdered, he is compelled to dig deeper. This throws him and his best friend and teammate, Adrian Sanchez, whose father is a striking field worker, into the labor conflict led by Cesar Chavez. Road to Delano is the path Jack and Adrian must take to find their strength, their duty, and their destiny.

Author Bio:
John DeSimone is a novelist, memoirist, and editor. His current release, a historical novel, The Road to Delano, is a coming of age novel set during the Delano grape strike led by Cesar Chavez. BookSirens said, “It’s more than a little Steinbeck, in a good way….” He lives in Claremont, Ca, and can be found on Goodread.