You are here: Home / Books To Read / The Cold by Rich Hawkins 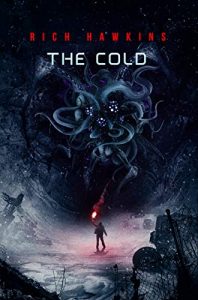 The Cold by Rich Hawkins

It was an English summers day like any other until the snow began to fall and kept falling. Within hours, the entire country was buried beneath a freezing white blanket. And hidden within the blizzard conditions things began to move and kill and feast.

Author Bio:
Rich Hawkins hails from deep in the West Country, where a childhood of science fiction and horror films set him on the path to writing his own stories. He credits his love of horror and all things weird to his first viewing of John Carpenter’s THE THING. His debut novel THE LAST PLAGUE was nominated for a British Fantasy Award for Best Horror Novel in 2015. The sequel, THE LAST OUTPOST, was released in the autumn of 2015. The final novel in the trilogy, THE LAST SOLDIER, was released in March 2016.