You are here: Home / Books To Read / Sons of Brutality 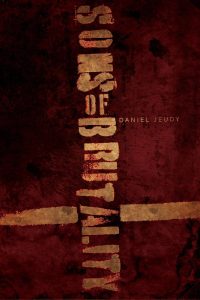 About Sons of Brutality:

A SATANIC SNUFF CLUB
A RUTHLESS VIGILANTE
AN INTRICATE WEB OF DECEPTION
WHO CAN YOU TRUST?

Los Angeles is a city under siege.

When Detective Addison Mowbray begins investigating the murders of two young women in the Hollywood Hills, he can’t imagine where the case will lead. He suspects the crimes were inspired by an occult fascination, due to some missing body parts and the inverted Christian cross branded on the victims’ breasts. But apart from Addison’s temperamental partner, Jed, the only other person keen on them pursuing that line of investigation is Lilly Coniglio, a medical examiner from the Coroner’s Department. The LAPD is already under immense public pressure due to all the bad press another killer – a vigilante – has brought to their door: it’s been over a year since the first organized-crime figure showed up full of holes, with a plastic police badge beside his body.

As Addison and Jed navigate a murky, disturbing occult landscape in search of answers, they uncover something even more terrifying than a killer hiding in the shadows: an organization so vile and powerful that it changes their lives forever. These two troubled detectives are all that stand between this organization and a spectacular season of carnage.

Author Bio:
Daniel is a musician who has toured throughout Australia and America with various bands. Founder of Xcel Business Solutions, he lives in the Blue Mountains. Daniel has written and collaborated on many different musical projects and travelled extensively. His passion for music, off-beat stories, and the written word ensure he is always busy.

His first novel, Sons of Brutality, draws heavily on the situations he encountered inside smoke-filled spaces around the world throughout the 1990s and the underbelly culture he experienced while on tour in America.