You are here: Home / Books To Read / Something in the Water Book One: Drowning by Dean Comyn 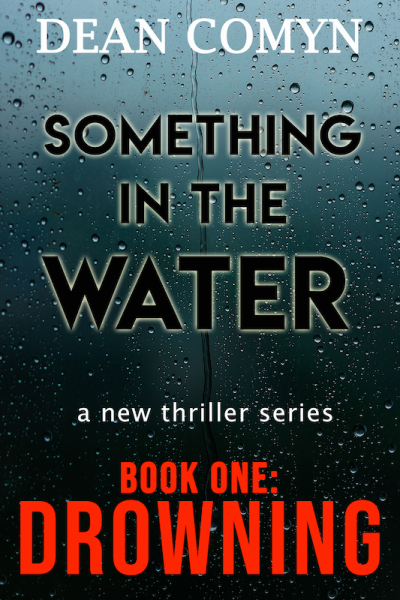 Something in the Water Book One: Drowning by Dean Comyn

Something in the Water Book One: “Drowning” follows Charles Burns and a newly formed major crimes task force with the Metropolitan Police in real time, as they race to find a missing scientist and stop his deadly discovery from becoming a weapon against humanity.
Burns was playing ice hockey, like he did every Friday night, when he got the call to action.*
A brilliant young scientist and his revolutionary discovery have disappeared. Little is known about the scientist, but his work has attracted the attention of more than just the Health Ministry.
Dr Nicholas Veda believed he could prevent the deaths of millions with a potent new vaccine and radical mass-delivery method. But something went wrong on the way to saving the world, and the formula has a fatal flaw. Now, an unknown organisation plans to weaponise it.
Veda vanished from the Opera House about the same time Burns was driving to the Ice Palace to play hockey. Vanished.
Has he been kidnapped or is he complicit in a terrorist plot to commit mass murder? Or did he just sneak off with his date?
Burns and Major Crimes Unit 2 have their first mission: find the scientist and his deadly discovery before it becomes a WMD. Burns and the Unit must act quickly and quietly, and MCU2 has been put together to do just that: Act quickly, under the direct authority of The Home Office, and quietly, to avoid a panic spreading through the media. But there is little time before that, or worse, happens.
The action takes place over a weekend, following Burns from London to Estonia and Iceland as he races to find the scientist and stop the creation of a weapon of mass destruction.

Author Bio:
Dean is a Canadian ex-pat living in Europe. He lived/worked in the entertainment industry in Canada for twenty years as a singer and actor, writer and director, producer and technician before taking a ‘five-year hiatus’ to explore the world, teaching English. Fifteen years later (and counting), he started working on the “Something In The Water” series. “Book One: Drowning” is the first in the series and represents his first foray into long form fiction. Dean lives in Freiburg, Germany with his wife and son, where he enjoys cycling, golf, being surrounded by nature, and hockey.