You are here: Home / Books To Read / Solar Warden by Peter Fuller 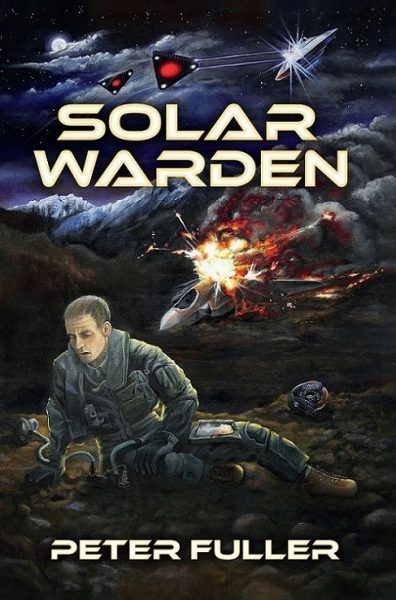 “After Air Force pilot Steve Richardson crashes his F-35 in the mountains of Afghanistan, the last thing he sees before blacking out is the UFO that caused his flame out.
And it’s coming for him.
Steve didn’t expect to survive his injuries, but he did…to find that the universe, as he understands it, will never be the same again.
Steve is aboard the space carrier SWS Nautilus, flagship of the Solar Warden fleet—a military arm secretly tasked with defending Earth from an extraterrestrial threat he can hardly believe is real.
Asked to join the program, he struggles to master technology half a century beyond his training and experience. But he has to learn it if he’s going to help defend humanity from complete and utter annihilation.
And he has to learn it fast.
The Nautilus is under attack, the enemy vanguard is on its way and the aliens may not be the only ones who want to see him fail.”