You are here: Home / Books To Read / Saving Chase 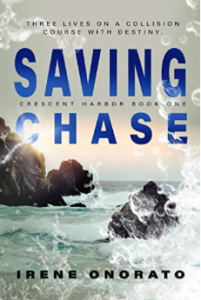 The judge wrote him off as an irredeemable punk. A teen destined for a life in jail. But not everyone was giving up on Chase. Not his mother, his grandparents, nor the stranger who comes to their rescue at their darkest hour. A story of second chances – at life… And for love.

Irene and James live in Louisiana with their two cats, and a dog who was rescued by the Cajun Navy during the great flood of 2016.