You are here: Home / Books To Read / Rush to Love 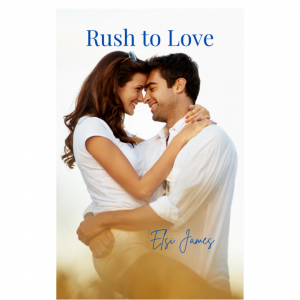 About Rush to Love:

What do a divorced mother of a teenaged son and a self-proclaimed bachelor have in common? Absolutely nothing, other than their attraction to each other. There is an undeniable chemistry between Elle and Rush, but there are a few obstacles to get through before they can reach their happily ever after.

First, Elle needs to tell Rush about her son. Surely a bachelor is not up for the challenges that a teenager brings to the table. Surprisingly, there are no problems there. Jackson and Rush get along well. In fact, Jackson prefers Rush over his own father.

Next, there would inevitably be a meeting between the old and the new. It didn’t go so well when Rush met the ex-husband, Drew. Rush got a dose of Drew and quickly saw what Elle goes through. The man who was never an active participant in his son’s life suddenly changes his tune, but doesn’t like the outcome.

Then, Jackson goes missing and the agony of not knowing where he was is taking a toll on Rush and Elle’s relationship. Nobody is able to find him until a one-word text is sent to Elle and Rush. Elle thinks she knows where he is, but could it really be that easy?

Finally, a Halloween party should be a fun time. It should also be a little scary, in a non-threatening way. After the past couple months, Elle and Rush deserved a bit of fun, but the fun is short lived when two uninvited guests crash the party. A night of horror ensues.

Can Elle and Rush’s love withstand a vindictive ex and a Halloween party straight from Hell?

Author Bio:
Elsi is a wife and mother that has always liked writing. After twenty years, she finally decided to give into her desire to write a novel. She currently works in the legal field and writes every chance she gets. Rush to Love is her first book, with Love and Payne being released on June 5, 2021.