You are here: Home / Books To Read / Rise to Power by J.W. Wexford 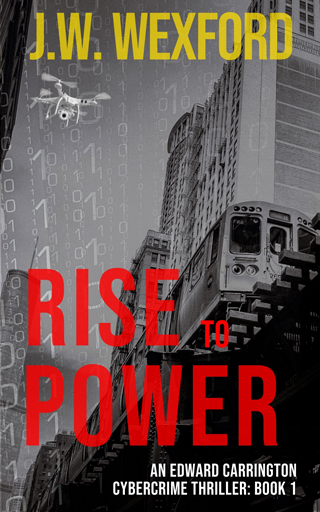 Rise to Power by J.W. Wexford

Hailed a computer genius, Matt Hanon thought he was immune to online threats. But then a series of inexplicable occurrences, leading up to his violent arrest, confirm the worst—even he could be hacked.

Considering Matt’s life was already hell from having a crummy IT job, being broke, out of shape, and then being jilted, the attack compels him to unmask his assailants. Only he doesn’t realize he’s messing with one of the most well-funded cybercrime gangs in the world, and poking into their affairs becomes an act of war. He’s undeterred because who are they to toy with people’s lives?

International cybercrime thriller RISE TO POWER follows Matt’s action-filled path of getting justice. Or could it really be revenge? He soon finds out the arduous task he faces could destroy him, and many others. But if he succeeds, it could transform him into one of the top cyber-detectives the world knows.

Author Bio:
J.W. Wexford is the author of RISE TO POWER, the first cybercrime thriller in a series. He also hosts a cybercrime podcast called Beyond Cybercrime, which is available on Apple Podcasts and all other podcast sources.