You are here: Home / Books To Read / Palm Beach Taboo by Tom Turner 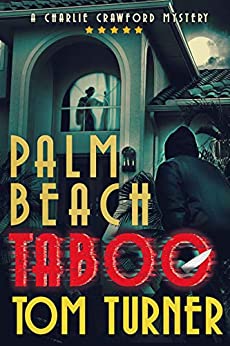 The members say it’s all about altruism and philanthropy, but to detectives Crawford and Ott, it looks a lot like sex and money.

Make that sex, money and MURDER…when one of them is found brutally stabbed to death.

The list of suspects: a billionaire heiress, an ex-movie star, a former member of Skull and Bones, a Blackwater psychopath…and the weird thing is, they’re members of the Mensa society!

Author Bio:
A native New Englander, Tom Turner dropped out of college and ran a Vermont bar. Limping back a few years later to get his sheepskin, he went on to become an advertising copywriter, first in Boston, then New York. After 10 years of post-Mad Men life, he made both a career and geography change and ended up in Palm Beach, renovating houses and collecting raw materials for his novels. He now lives on Skidaway Island, outside of Savannah, where he’s writing books about passion and murder among his neighbours.