You are here: Home / Books To Read / Learning How to Fly by Britt Lind 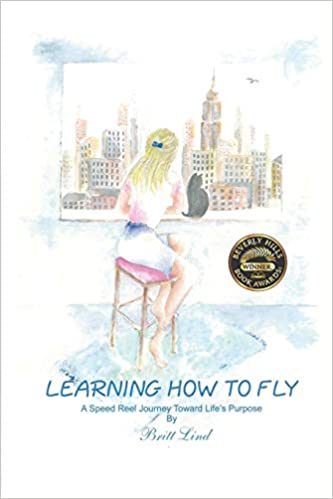 Learning How to Fly by Britt Lind

From the time she was three years old living in Norway, Britt loved animals and surrounded herself with them. When she moved with her family to America, she discovered she also loved performing. But she had parents who considered all of that a sin. Even cheerleading was a big no-no, but somehow Britt managed to overcome their objections.

After Clint Eastwood cast her in Play Misty for Me while living in Carmel, she moved to L.A. and quickly was able to obtain work. Featured roles led to co-starring roles, which led to guest-starring roles. She married a producer, had a beautiful baby girl and was working as an actress. She had it all. Then tragedy struck and she lost everything. Acting work became hard to find, and life became a matter of survival.

After a daring move to New York, she found herself singing in Carnegie Hall with a gospel group and working in a musical. But still, she felt she had not lived up to her expectations, and she became overwhelmed with hopelessness. But a God-given epiphany set her back on track, and she realized she had a very good reason to go on.

Get This Memoir Book.

Britt always knew she wanted to be an actor and singer, and for several years, she lived her dream. After being cast in Play Misty for Me, Clint Eastwood’s directorial debut, she had featured and guest-starring roles in shows such as How the West Was Won, Vegas, Columbo, General Hospital, Days of Our Lives, and The Young and the Restless.

Her career brought her into contact with animal and environmental activists such as Paul Watson of the Sea Shepherd Conservation Society and Chris De Rose of Last Chance for Animals. Then, Britt found her true purpose, working to expose the cruelty and fraud of animal experimentation, work she continues to do as co-director of People for Reason in Science and Medicine.