You are here: Home / Books To Read / Keyport Cthulhu by Armand Rosamilia 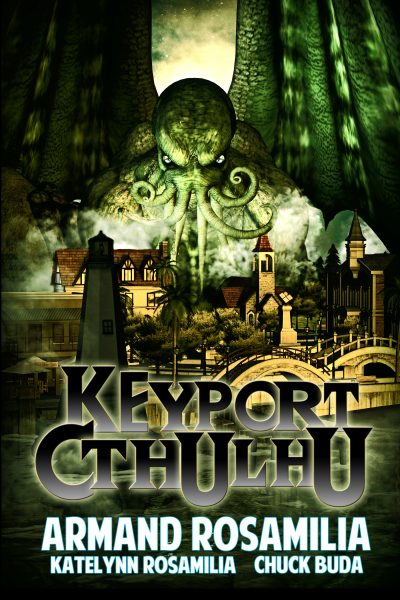 “The painting forced him to move back with such suddenness, he nearly fell over the side of the old wooden railing. It depicted a grisly scene, as if your worst nightmare had been splattered on canvas. Despite his mind screaming to look away, he could not avert his eyes” – Ancient

Set in the New Jersey fishing village of Keyport, where the Esoteric Order of Dagon has been planning for the awakening of the Deep One all these years…

Who can survive when Cthulhu rises?

Author Bio:
Armand Rosamilia is a New Jersey boy currently living in sunny Florida, where he writes when he’s not sleeping. He’s happily married to a woman who helps his career and is supportive, which is all he ever wanted in life…

He’s written over 150 stories that are currently available, including horror, zombies, contemporary fiction, thrillers and more. His goal is to write a good story and not worry about genre labels.

He not only runs two successful podcasts…

But he owns the network they’re on, too! Project Entertainment Network

He also loves to talk in third person… because he’s really that cool.