You are here: Home / Books To Read / In The Beginning, There Was a Murder: An Amateur Female Sleuth Historical Cozy Mystery by P.C. James 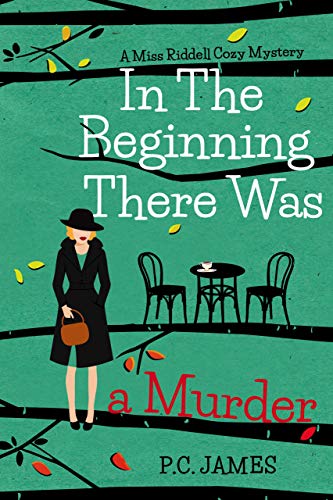 In The Beginning, There Was a Murder: An Amateur Female Sleuth Historical Cozy Mystery by P.C. James

When her best friend is murdered, Pauline Riddell finds she must take the law into her own hands if she is to see justice done.

It’s northern England, 1953, rationing is still in place and the Cold War is heating up. Her fiancé is out in Korea, where thankfully that war is winding down, and she’s just setting out in adult life working at a local armament factory. She’s hard-up, everyone is, but Pauline can see better times ahead, a home, a family, a responsible job, and she’s preparing for that future. Then her friend, Marjorie, is stabbed to death.

At first, Pauline is only concerned with helping the police. She’s intelligent and resourceful but also inexperienced, just out of school and still believing the world runs in trustworthy ways.

Then she finds the police think they’ve caught her friend’s killer and they’re winding down the investigation. Pauline now realizes this is a world where you can’t always leave things to others, you have to get involved yourself. But, as she investigates and puts pressure on the police for more action, she finds the killer wants her out of the way and the police have come to suspect she killed her friend. Can she catch the killer before she either faces the same fate as Marjorie or is hanged for killing her?

Pauline stumbles a lot during her investigation, after all, she’s never done this before and has no training, but she does finally unmask the culprits and in doing so becomes known locally as the go-to person if you have a puzzle that needs solving.

Buy the book, and follow the author on social media:
Get This Mystery Book From Amazon.
Visit the Author’s Twitter page.

Author Bio:
Paul James is a retired engineer with a life-long interest in books and writing. Originally from England, he’s lived with his family near Toronto, Canada, for many years and where he walks, runs, and takes wildlife photos whenever the weather will let him. In his writing, he likes to capture the humorous side of life even when sometimes the world doesn’t seem to warrant it