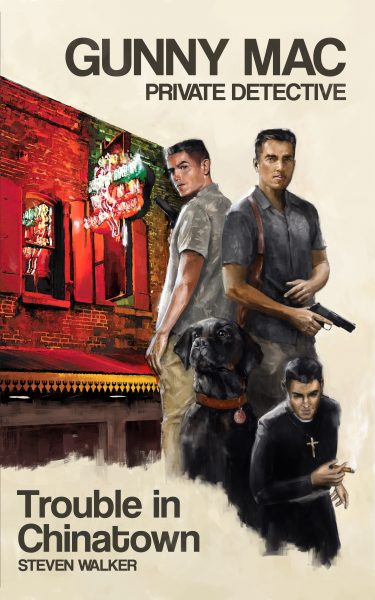 Based on a true event in 1942. President Roosevelt believes the First Marine Division will be defeated by the Japanese once the US Navy gets defeated off Guadalcanal. He orders the money in Hawaii burned and replaced with a money script with the word Hawaii printed on the back of each bill which will make the money worthless to the Japanese if they invade the islands. Two US Marine Gunnery Sergeants, wounded on Guadalcanal, one spoiled Harvard graduate Naval Officer, and one-shot up Jesuit padre of the First Marine Division, also wounded on Guadacanal band together to stop the money from being stolen. Four men have one last battle to fight for their country and friends, one last battle, one last victory.

Author Bio:
Steve Walker served during two decades as an Infantry officer, serving in some of the worst places on earth. After his military service, he went on to teach at the high school level and coached Baseball. His love for Raymond Chandler books, old black and white hard-boiled detective movies, Charlie Chan, Mickey Spillane, and Michael Shayne is evident in his writing style. Go back in time when honor meant everything to the detective.