You are here: Home / Books To Read / Darkleich: Man Of War by Bryan R Barton 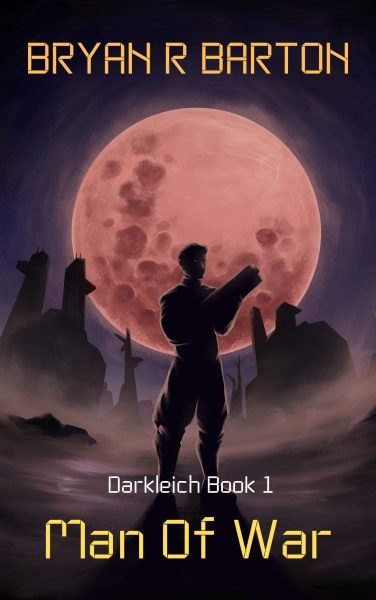 An invisible enemy
A war between worlds.
And only one man can prevent it all: Darkleich

When an invisible ship starts attacking a growing coalition of planets, the panic-stricken leaders appoint Darkleich, a courageous and honorable soldier, to uncover its secrets.

Especially since the possibility of this ship’s involvement with a spiteful and dangerous species, the Kadarian, puts the survival of the entire galaxy at stake. As Darkleich and the authorities wrack their brains for schemes on how to tackle the Kadarian, four emissaries are stuck amidst unimaginable danger on the planet below. One of which may possess the power to turn the tides of the conflict.

As the motive behind the attacks comes to light, stories of long forgotten wars resurface and secrets that can shake the foundations of history are unveiled. Embark on Darkleich’s incredible journey in the first book of this action-packed series and dare yourself to stop reading.

This SciFi book is available in these Formats: eBook