You are here: Home / Books To Read / Connor’s Gambit by ZGottlieb 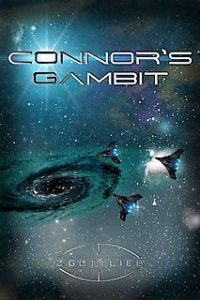 Brad Johnson is the lone witness to a UFO sighting. Following the sighting, an alien targets him and his family leading him to an off-world adventure in which he must rely upon his skills to survive an intergalactic war between two space faring groups of aliens. As Brad struggles to understand the conflict between the aliens, as well as his place in the universe, he learns one group threatens Earth’s security and the other wants something entirely different. All Brad wants is to return home to his family, but not until he embarks on the greatest adventure of his life.

Author Bio:
I’m married with two children and currently have a desk job in Washington D.C. Nothing too exciting, except over the years I would occasionally make a few attempts at writing fiction. It is something that has always been in the back of my mind as something to do in my spare time , however, never a priority. Four years ago, I made a commitment to finish a story that had been floating in the recesses of my brain. I finally reached a point where I believe I can proudly share it with the public.