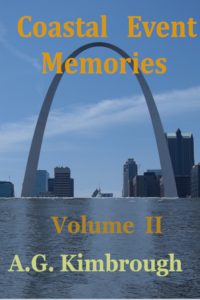 Free 9/27 to 10/01
This is the second in a series of near-term Science Fiction post-apocalyptic Novellas. It tells the stories of another group of survivors who live through the same species-ending series of global catastrophes described in Volume I.
North America is slammed by a series of massive earthquakes and volcanic eruptions, followed by super-hurricane force winds and months of driving rain. The coastal regions are swallowed by a 300-foot sea level rise.
The primary location for this story is the smoky mountains of the western Carolinas.
This series, driven by current events and multiple diverse predictions, has disrupted several planned writing projects. I can’t seem to let go of this topic. As I go through the steps to publish this volume, the plot of the next volume keeps me awake.
As of March 13, 2013, these stories are only fiction. I hope they remain so. AWESOME

Author Bio:
I’m a writer, and I write about what interests me, stories that I would enjoy reading. As an insatiable reader since grade school, and frequently in trouble for reading in class, I soon discovered science fiction, and when I read Heinlein’s Stranger in a strange land, I Grokked, and the die was cast.
Many of my books are science fiction and don’t include steam punk, fantasy, time travel, magic, elves or faeries.
As a naval and military history buff, I also have written several books that feature warships, aircraft, airships, spacecraft, and military action.
As a recovering engineer, I discovered the net early. I spend a few hours each morning keeping a finger on current events, technologies, human relations, and the body politic. I became interested in Prepping during the Y2K period, and follow the survival industry, and alternate energy technologies. Using that background, I have written several Post-Apoliptic books.
Several of my books contain adult situations and content, because real adults, when thrown together by stressful events, will have adult relationships, I have showed some of my characters experiencing them.
With a wide range of life experiences that contribute to my knowledge base and interests. They include: digging ditches for a plumber, and loading bread trucks in High School. They educated me in electronics and I worked on radar systems in the Navy. Afterward, I continued working in electronics for the defense industry, just as the Navy was transitioning to digital computers. That experience led me into a 30+ year career in the welding automation industry as an engineer, exec, and CEO.
A mild heart attack shifted my priorities, and I spent the next several years running a charter boat in North Carolina. I would take families out and teach the kids how to fish, while telling them stories about the pirates and blockade runners who were in the area.

I published my first book, BB-39 in 2012 after finally retiring for the fourth time. I still produce two or three books a year. My eyes and knees are degraded. But any day I can get vertical is a good day.
If Things Get Better With Age Then this 1944 model is Approaching Excellent.