You are here: Home / Books To Read / Age of the Dryad: An Epic Fantasy Adventure by Jacob Sannox 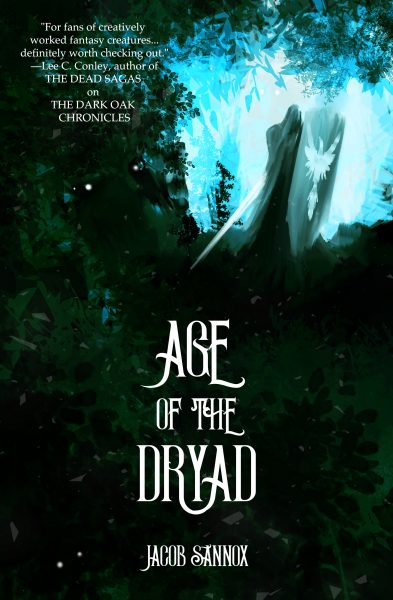 Age of the Dryad: An Epic Fantasy Adventure by Jacob Sannox

The second book of The Dark Oak Chronicles.

The dryads have risen up against humanity. Queen Cathryn’s realm is broken, her people have scattered, and the future is uncertain.
She gives Tolucan, a newly knighted commoner, a seemingly impossible, secret quest; to seek out the sole weakness of Dark Oak, King of the Dryads, and to destroy him, whatever the cost.
Even within the forest, strife threatens Dark Oak’s reign, but he will not be defeated so easily.
While humanity is still on its knees, the dryad seeks dark secrets, in forgotten places, unaware that Sir Tolucan, humanity’s last remaining hope, is hunting him . . .

Jacob Sannox welcomes you to the Age of the Dryad.

Author Bio:
Jacob Sannox is a 36 year old writer from the sunny climes of Bedfordshire, England. In his spare time he is generally writing, thinking about writing or berating himself for not writing.
He loves to play the acoustic guitar, but wishes he was better at it, and he has recently taken up Dungeons & Dragons. This is dangerous, as he has a propensity for disappearing into fantasy worlds. Nobody saw Jacob Sannox between 2000 and 2010, during which time he was LARPing.
Do not judge him.